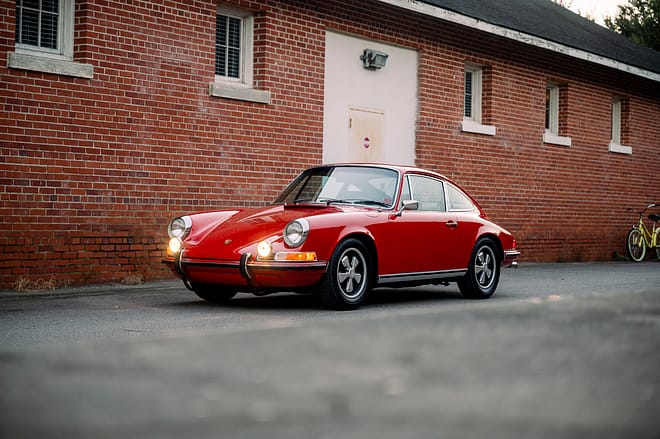 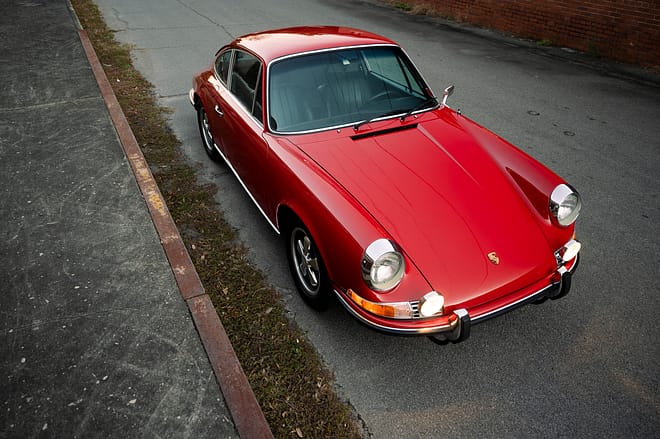 I first ran across this 911 in 2004 while perusing eBay. I hit the “buy it now” on this original 911 and held onto it for years, driving it sparingly, just amazed at how great an original, un messed with long hood Porsche could be? I’ve sold the car 4 times over the years to some very meticulous caretakers and can’t help buying it back when they decided to swap toys. The paper trail starts with the original window sticker that Ken Merkle saved when he picked it up from Wood Imports in Detroit Michigan after his 1969 912 was stolen. Ken decided this 911 would not suffer the same fate and kept a close eye on her and used this 911 very sparingly, taking road trips with his buddies in the summers to upper Michigan and Canada. In 1974 the car basically went into hibernation being used very little for the next 3 decades. Ken sold the car in 2003 and I bought it in 2004. The paint on the car is fantastic and 95% original with only the hood painted in 2003 to match the rest of the unblemished paint.