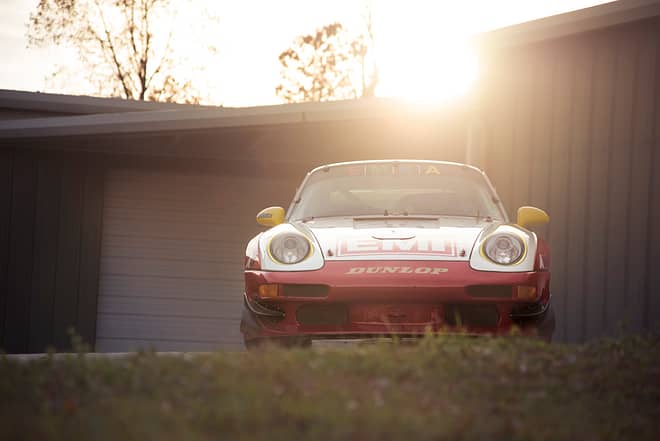 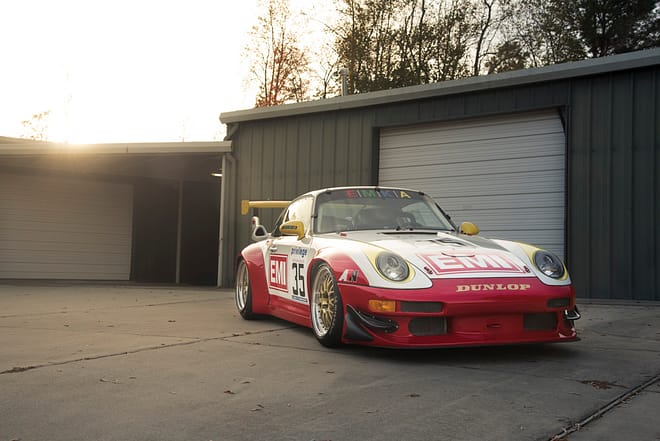 As I say Every car has a story and this Championship winning 993 GT2R is no exception!

Our GT2 an exceptionally well documented, 4-owner car, with an unbroken ownership chain and fantastic Competition record! The R still retains is original drivetrain and rare Porsche motorsports bits and pieces from the era.

Steven O’Rourke, the manager of Pink Floyd bought the car new and campaigned the car in the British GT Championship which he proceeded to win! Later at the 4 Hours of Le Mans in 1997 he finished 6th. The car was then sold to its second owner who campaigned the car for another year in Europe before shipping it here to the U.S. to run the 24 hours of Daytona being prepped by G&W in 1999 where they qualified 34th overall.

The GT2 was sold after a complete refurbishment by G&W and its last outing was Rennsport Reunion III in Daytona Beach (2007) along with a couple of private track days totaling less than 4 hours’ time.

The car was fully Prepared for the Rennsport Reunion IV in 2011 by the guru’s at Canepa and has only been started for maintenance since. This GT2 is your ticket to any historic event be it Le Mans or Daytona and everything in between.

This GT2 is in exceptional condition and ready for its next chapter terrorizing the historic circuits across the globe.

We might know where another 1996 Porsche GT2 R is laying around.