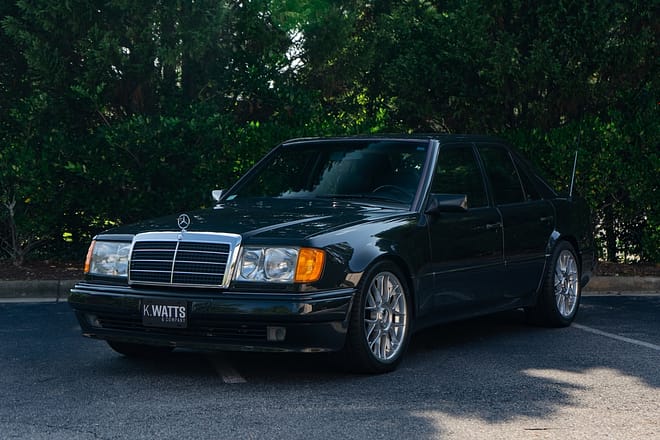 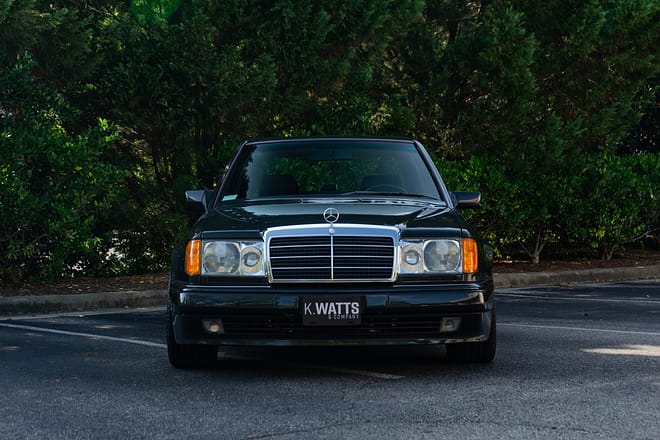 Every car we represent has a great story and this rare E500 is no exception!

The Mercedes 500E is a rare piece of German automotive history. Back in the early 1990’s when Porsche was trying its best to go broke the guys a Mercedes steeped in and had them do the heavy their lifting and had them engineer shoehorning a V8 into the W124 chassis and the E500 was born. Upon approval of the project it was discovered the added track and fender flares made it impossible to go down the Mercedes assembly line. Porsche was asked to step in and help assemble the E500 and this autobahn monster was born. This was an expensive endeavor in 1993 and these cars listed for over $80,000 here in the U.S., a huge sum! This car has traveled only 34,000 miles since delivery and is in excellent condition. The story gets even better in 1998 when the owner decided to have Renntech breath on it with all of the upgrades. The 5.0-liter engine was upgraded to a 6.0, the transmission was also reworked for 1st gear starting and the mono ball suspension and Alcon Renntech brakes all added. The lower cladding was painted body color and a then new set of BBS wheels completed the package. These upgrades far surpassed anyone else at the time and made the AMG “Hammer” drivers lose sleep wondering what just blew by them. Truly a wolf in sheep’s clothing and incredibly rare with only 9 or so examples being built.

We might know where another 1993 Mercedes-Benz 500E is laying around.