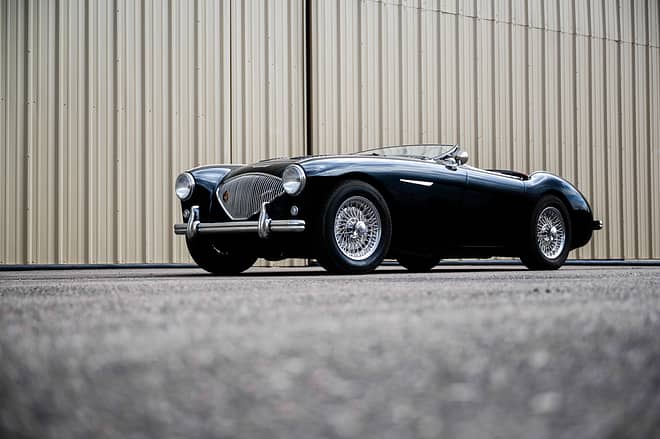 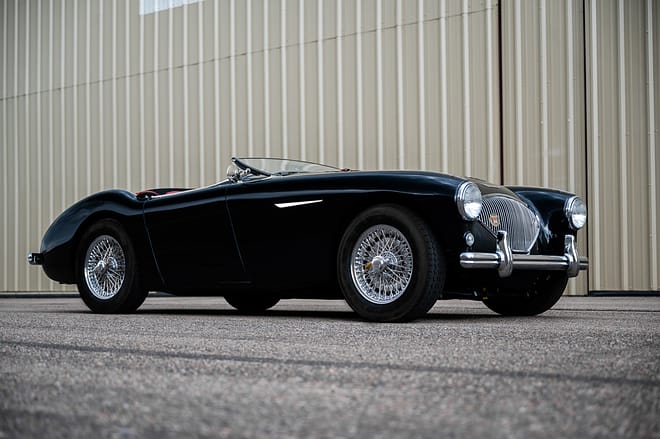 Our Austin Healey is 1 of just 640 100M’s that were factory-built as confirmed by its British Motor Industry Heritage Trust Certificate. This car was owned and restored to its original spec by renowned Healey expert Jim Smalley. This Healey received the Austin Healey Club’s highest concourse honor “Gold” in 2010. When you have a “Gold Winner” and you still aren’t satisfied it was time for the crew at Forever Healeys to make sure this car was “Perfection”. After some tweaking, the car scored even higher in 2012 again receiving the coveted “Gold” award. Jim sold the 100M to a good friend who can only be described as a perfectionist! The Healey was then sent to a marque expert in Denver who spent the next 8 months making sure this car performed better than it looked. The engine came out and was painstakingly gone through and an Alloy cylinder head was added. The original wheels were removed and replaced with 72 spoke, chrome wheels. All the original spare parts were then packed up and come with the car. The car has been used sparingly since and is ready for a discerning owner that simply wants the best!

We might know where another 1956 Austin-Healey 100M is laying around.